At Mueller Sprinklers, our goal is to make your lawn beautifully green and lush so that you and your family can enjoy it all year round. Fall is the best time to sod or seed your lawn, so contact us today! We can’t wait to get started.
​8/18/18 - The Nebraska Bush Pullers - Seth Novak had a good weekend in Wisner ended up winning Friday night and took 2nd Saturday night! Winning his first thunderbolt trophy!
​8/18/18 - The Nebraska Bush Pullers - Lempka's, 3.0 points champ for 2017 and 2018 bringing home the Thunderbolt trophy at Thunder by the River.

Click below for more details of the jason hoffman memorial 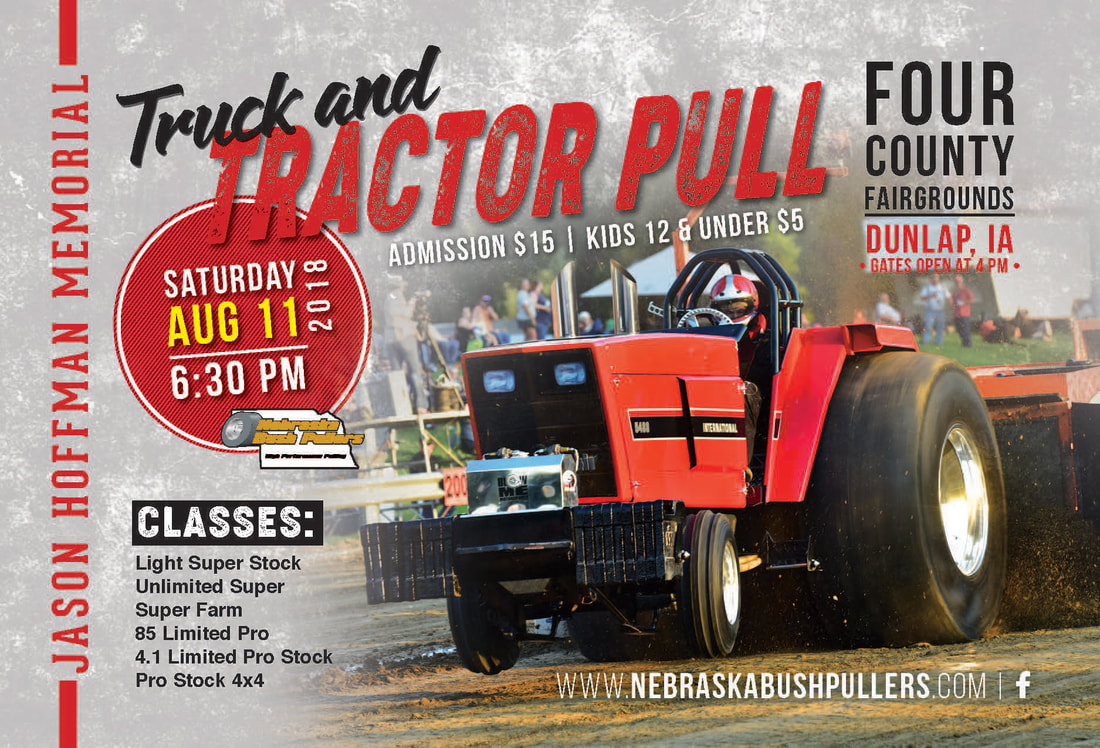 $3.99
Pick up your custom 60 pg. full color Souvenir book today! Packed with exciting photos from the track, that feature all nine classes, sponsor information, puller profiles + the history of Nebraska Bush Pullers, and the feature cover story of the Otte Pulling Fleet.
Shop

Post anything and everything about NBP or any truck and tractor pulling so we can bring everyone under one roof.
Share pictures, videos and information about upcoming events to put more fans in the stands. 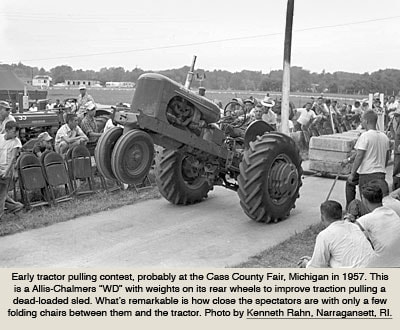 ​Farmers are usually quietly competitive. Going to church on Sunday with the family, a horse-powered farmer would probably check to see how straight his neighbor's furrows were. When hybrid corn was introduced, idle conversation at the café would get around to how big a yield each farmer had. Nothing was said, but it was silently noted who "won" these calm competitions.

But there is one agricultural competition that is anything but calm – the tractor pulling contest.

As early as 1929, farmers began hitching their field tractors to weighted sleds and roared down a track to see who could pull it the farthest. Event organizers at Bowling Green, Missouri and Vaughansville, Ohio found out the noise and smoke drew spectators.

By 1950, county fairs across the country featured tractor pulls. What was fascinating was to see machines that would "Pull on Sunday, plow on Monday." At first, the competitors pulled sleds that were loaded with a given weight – as in the Rhode Island tractor pull photo at right. But as farmers began to modify their tractors, that didn't provide enough of a challenge and it was hard to distinguish the most powerful tractors.

So, organizers began to search for ways to progressively add weight as the tractor moved down the track. They took a direct approach. Spectators were recruited to jump on the sled as the tractor moved down the track. But, while that may have been a thrill for the spectators, it was a potential health hazard as well with tractors routinely rearing up under the strain of the pull.